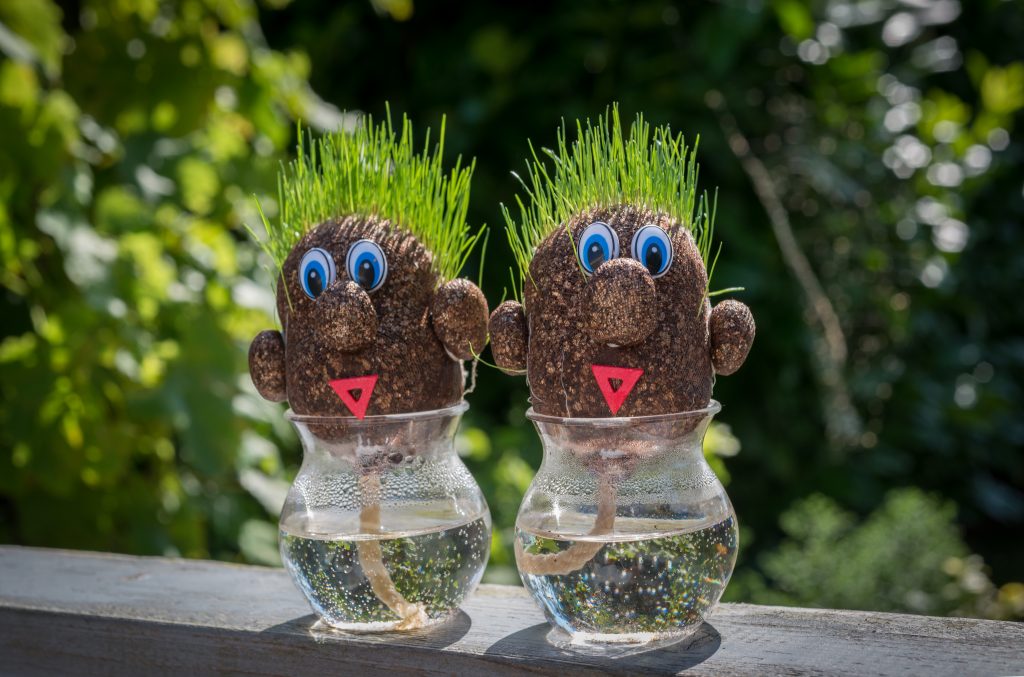 A New kind of Society is about to take shape. A society based on the ‘Commons’. What do we mean by Commons? Whom are we referring to when we say Commons? How different are these people from the rest of us? And most importantly, what Language do the Commons speak?

The Language of the Commons lets us gain deeper insights into philosophies and value systems of commoners. That would help us accept / embrace the ‘Commons’ much more easily. And why not – this is precisely the need of the hour.

In the essay ‘The Transformational Language of the Commons’ (from the book ‘Wealth of the Commons‘) – the author explores the possible evolution of a new Vocabulary. The Language of the Commons. While on the one hand, this vocabulary increases our understanding of the Commons and how it could govern our future thoughts speech and actions – and on the other, this new vocabulary / way of thinking can actually rid us of many of our existing disparities / miseries (which are a result of how we have been Conditioned to lead our lives in the present day world).

The author says – there is a dualism in almost every aspect of our lives. There is ‘Private’ and ‘Public’, there is ‘market’ and ‘state’, there is ‘nature’ and ‘culture’ and so on and so forth. These words are so much engrained into our psyche – we hardly notice that there is duality in them. For example, we’re conditioned to believe that Private Property is ours and Public Property belongs to the government. Interestingly, we cannot carry on with our lives without using both Private and Public property on any given day. Yet there are occasions when we display disregard for one over the other.

We’re also conditioned to accept that subjective and objective, individual and collective- terms that are polar opposites of each other are mutually exclusive and can’t co-exist. In reality, it need not be that way. For instance, what is owed individually could also be collectively owned and an opinion coming from one individual (Subjective by definition) – could also be Objective.

In the world of business – Efficiency and Profitability are seen as ultimate goals. By nature, these goals are like the Horizon. Once you conquer one horizon – a new one pops up. The hunger for more can never be satiated. If someone in business chooses to disregard Profitability as a primary focus – such individuals (and their businesses) are quickly deemed unworthy of competition.

There are instances in our lives when we have to deal with property of the commons. Say for example a particular individual works as a driver of a public transport bus. There is a sense of Stewardship / Co-responsibility in this role. But there is still a question of Livelihood for the driver. So there is very little or no satisfaction derived from getting people to go to their destinations. Instead, it’s just a race to the finish line – for that all important Pay Cheque at the end of the day.

The Common way of thinking – is for our future. It encourages us to think of our world in a more Organic, Holistic and Long Term way. Organic – meaning there is very little (if not No) scope for dualism. Holistic – meaning there are connections and interrelationships between everything in the world. Nobody is totally isolated from the rest of the world and no problem can affect only a single person in the world. And of course, everything needs to be seen with a more long term perspective. The lifespan of a human being can range say up to a 100 years. If we take this to be the ‘Short Term’ – we can observe that our Community, our Society, our country, our environment, our Planet (earth) – all of them have a much longer life span as compared to ours. So it definitely pays to look at / consider everything from a much more long term perspective rather than the time we take to Arrive (in this world) – and to finally depart. 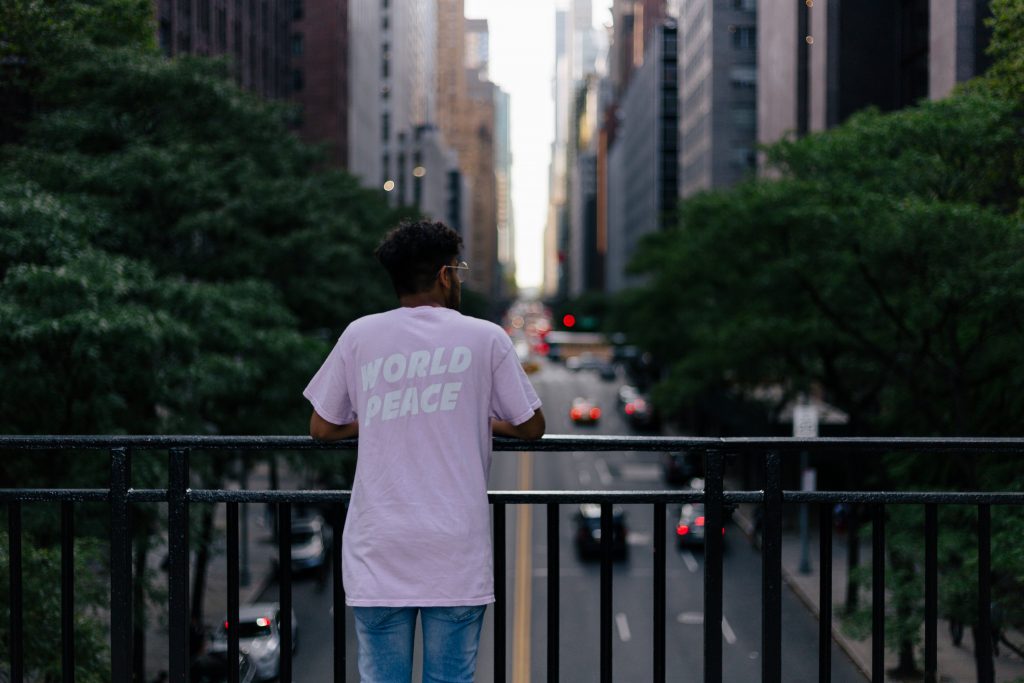 Throughout our lives – we help / affect / influence / touch the lives of thousands of fellow human beings (and other living creatures on earth). Complexity theory has identified similar principles that govern the co-evolution of various species in complex ecosystems. The core concept of Commons emerges here and asserts that we humans constantly Co-evolve and Co-produce each other.

If we recognize a person as being a ‘Self Made’ man – we go to great lengths to glorify his success and his life is seen as something that is worthy to be followed by others. In reality, a ‘Self Made’ man is a Myth. Nobody can achieve any success – while being completely isolated from society. For success to be capable of being measured – it cannot be absolute. In short, the world as we know it – exists because of the continuous and complex interactions of/between our actions, our families, our communities, our networks, our institutions etc. By celebrating our own successes (no matter how significant they may seem) – we’re only following popular Market Culture and ultimately making fools out of ourselves.

Some of the so called ‘Private Enterprises’ of today – are actually huge corporations that employ thousands of people and consider themselves to be powerful enough to hover / loom over much of the world and its problems. These Business entities always strive to lower their costs and maximize their sales and profits – by any means necessary. This ‘institutional DNA’ of these Private Enterprises is designed to ignore or completely disregard countless other Social / Environmental concerns (which are conveniently referred to as Externalities) – in an endless pursuit of infinite wealth and power.

And so we’re constantly locked in this Rat Race of endless growth and endless consumption – to the extent that it has become an integral part of the fabric of our very existence. These principles (of cut-throat competition and reckless expansion) – have been internalized by people into their core belief systems. It’s only in recent times that we’ve begun understanding the consequences of our ‘development frenzy’. Our actions are based on the assumption that humans can endlessly exploit a set of finite natural resources – to satisfy our insatiable appetite for more. In the near future, we have to contend with the prospect of a totally depleted Oil Reserve (not to mention other equally scarce natural resources). The real challenge will be to accept these limits – and to ensure that we’re able to stabilize our consumption patterns to align with the global ground realities.

On the other hand, our premise of ‘democratic capitalism’ teaches us to wring in maximum profit from intangibles (words, music, images, software etc) – void of any physical existence in the real world. Here, the entire logic is inverted. In the natural world – where a corporation regards a finite natural resource as being capable of being infinitely exploitable – in the world of intangibles, a similar corporation regards a potentially infinite resource (like software), to be a scarce resource (and therefore capable of bearing a hefty price tag for every unit that is sold). And then there are Copyright / Patent laws – which basically serve to uphold this Artificial Scarcity of an intangible asset. In the Digital world of today – it’s possible to create and share copies of digital content easily as well as cost effectively. But then – again, these acts of replication inherently contradict the Copyright laws and are therefore considered to be illegal.

Commons is basically a mechanism of satisfying everybody’s basic needs with the resources already available with the community. This is very rudimentary and entails a fundamental change in our behavioral patterns. If this were to come through (by any quantifiable margin) – the society we live in can become more equitable. Communities of Commoners are assembled / brought together with the objectives of mutually identifying and satisfying each other’s needs. if consumables are the point of discussion – a common pool of such resources can be made available to the entire community – and then, once the consumption is done with – the remaining resources can be pooled back into the community over the next iteration. Any resulting waste products would need to be dealt with by the government.

The Commons Economy require that there be an Appropriation of all resources that belong to the Commons from time to time. Essentially this is in sharp contrast to the notion of a Market Economy – where Trade bodies engine in dispossessing / seizing non-market resources from people and exploiting/displacing fragile ecosystems along the way. This is often done with the full knowledge and approval of the legal, technical, Intellectual and political institutions present in our society. Such unmindful activities that purportedly advance trade among countries of the world – actually result in supplanting biodiverse lands with non-indigenous crop varieties (thereby ruining these lands forever), censorship of free speech / internet content, using scarce ground water sources as feeders to industrial assembly lines for churning out truckloads of packaged bottled water – and so on.

Thus, in the Market Economy of today – there are things that matter (anything that can bear a Price Tag) and things that don’t (including things that have intrinsic, qualitative, moral or subjective value). The whole notion of this draconian mechanism – out of everyone’s control – and existing since time immemorial – somehow ends up becoming something that is universally hated and despised. This is the Nightmare that has continued to affect all the people in so many different ways.

If only the culture of the Commons takes hold, if only the Commons way of thinking becomes a guiding light of Thought Leadership for the future, only if and when everybody start Speaking the Language of the Commons,  Only if….. Our World can be a much better place – both for us and our future generations!